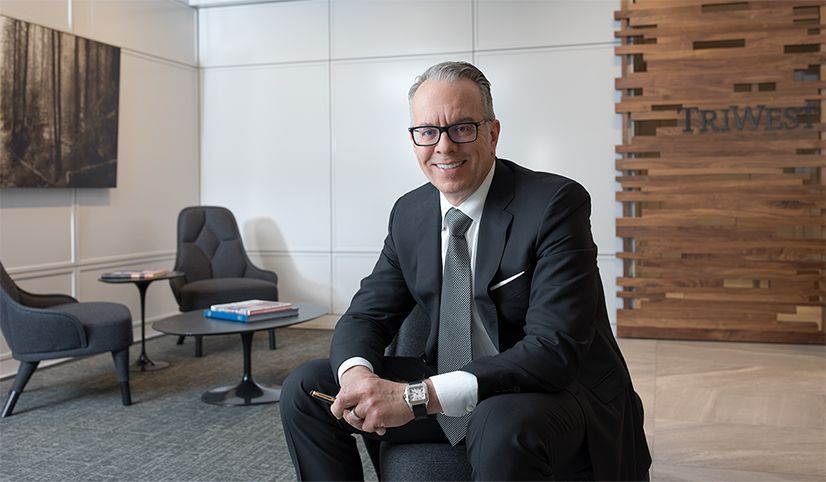 Dino DeLuca joined TriWest in November, 2015 as Chief Operating Officer, a newly created position with the launch of Fund V. As COO, Dino is responsible for and oversees a wide variety of areas within TriWest, including finance, investor reporting and relations, governance functions and administration, as well as supporting the transaction and investment teams and TriWest’s portfolio companies. Dino is also Chair of the TriWest Investment Committee.

Prior to joining TriWest, Dino was a Senior Partner at Burnet, Duckworth & Palmer LLP, a leading Calgary-based law firm. His law practice was focused on commercial transactions (including private M&A), banking and equipment finance. He also had a significant role in the management of BD&P as a Member of the Executive Committee, Chair of the Business Development Committee, Chair of the Partnership Admission Committee and Chair of the Commercial Transactions Group. Dino has been recognized with several honors throughout his distinguished legal career, including being named one of the “Best Lawyers in Canada” continuously since 2006.

Dino served on the Board of Directors of STARS (Shock Trauma Air Rescue Service) for 7-years (2013 to 2020), including 4-years as Co-Chair. STARS operates the not-for-profit helicopter ambulance service in Alberta, Saskatchewan and Manitoba. He has recently joined the Board of Directors of the Canadian Venture Capital and Private Equity Association. Dino holds degrees in Mining Engineering and Law from Queen’s University and he was called to the Alberta Bar in 1988.